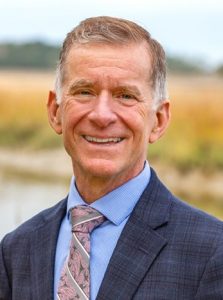 Greg is a Senior Consultant with ChoicePoint Consulting. He has a Bachelor of Science degree in of Electrical Engineering from Southern Illinois University and two master’s degrees from Webster University and Columbia International University.

He is obtaining his TTI Success Insights Certification in Behaviors, Driving Forces and Emotional Quotient. His primary consulting focus will be partnering with his wife Liz to coach couples and individuals to become more self-aware and aware of others to raise levels of engagement. They will primarily use the newly developed Engagement assessment to facilitate discussion, insight, and coaching.

Greg served in the Air Force for twenty-one years as a pilot. During his service, he spent nineteen years training and evaluating pilots, both in the classroom and aircraft. He held numerous supervisory positions to include a command-and-control node in Europe providing command, control, communications, and information support to include peacetime, emergency and disaster situations, crisis, and contingencies.

During his military tenure, he developed solid communication, interpersonal, and leadership skills, as well as exemplary flying abilities; he is a decorated combat veteran. He is currently employed at Delta Air Lines where he also trained and evaluated pilots to FAA standards. In addition, he was the subject matter expert leading the development of a new pilot qualification program during an airline merger. He worked with a team of instructors to develop curriculum, build simulator modules, and taught the first class of students to test and validate the program curriculum. He also co-authored a pilot instructor guide for the new program.

Greg & Liz have two children, a son Ian, and a daughter, Melissa. They have been married for thirty-three years and are members of Seacoast Church.

You can contact Greg by email at Greg at ChoicePointSC.com